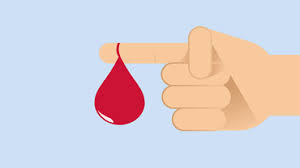 Haemophilia is an inherited blood disorder that is characterized by the inability of blood to clot properly. It can lead to excessive bleeding after an injury or surgery.

Bleeding is stopped by certain proteins in the blood called the Clotting factors. These factors, Factor VIII (8) and Factor IX (9) are low in people with haemophilia. Certain genes provide instructions for producing these clotting factor proteins needed to form blood clots. Meanwhile, these genes are only present in the X chromosomes. A mutation or change in one of these genes causes haemophilia disorder.

Symptoms of haemophilia are bleeding into the joints, skin, head and other parts of the body. There is also bleeding after circumcision and vaccination. Frequent nose bleeds, bloody urine, bloody stools, and bleeding mouth and gums are also signs of haemophilia. Bleeding in the brain could lead to severe headache, stiff neck, vomiting, slurred speech, loss of coordination, confusion and double vision.

Haemophilia is diagnosed through a Blood Clotting Profile. During pregnancy, haemophilia can be detected through Amniocentesis and Chorionic Villus Sampling (CVS).

There is no confirmed cure to haemophilia. Meanwhile, the disorder can be managed with the infusion of commercially prepared factor concentrates and injection to stop bleeding.